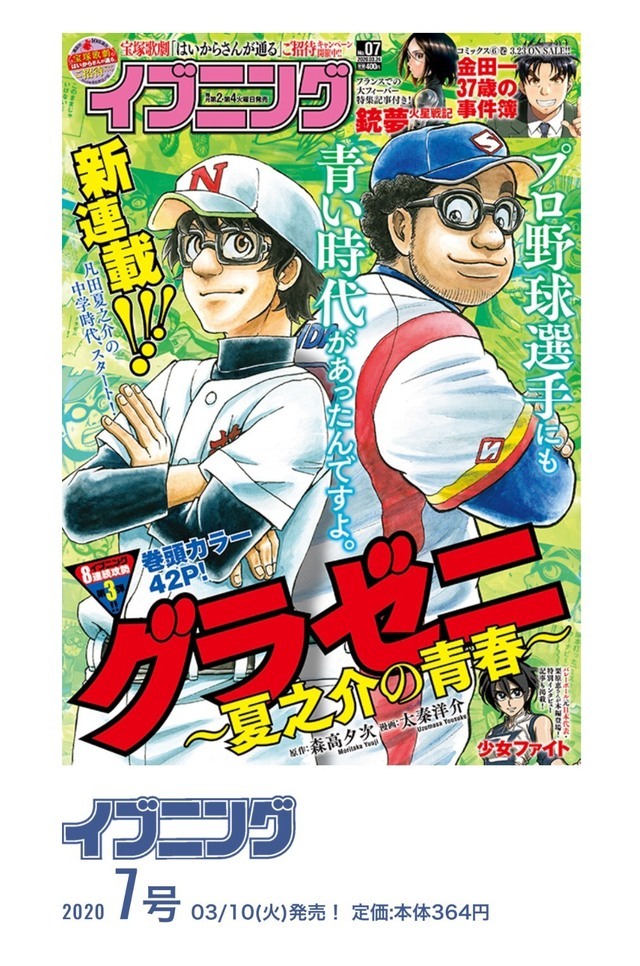 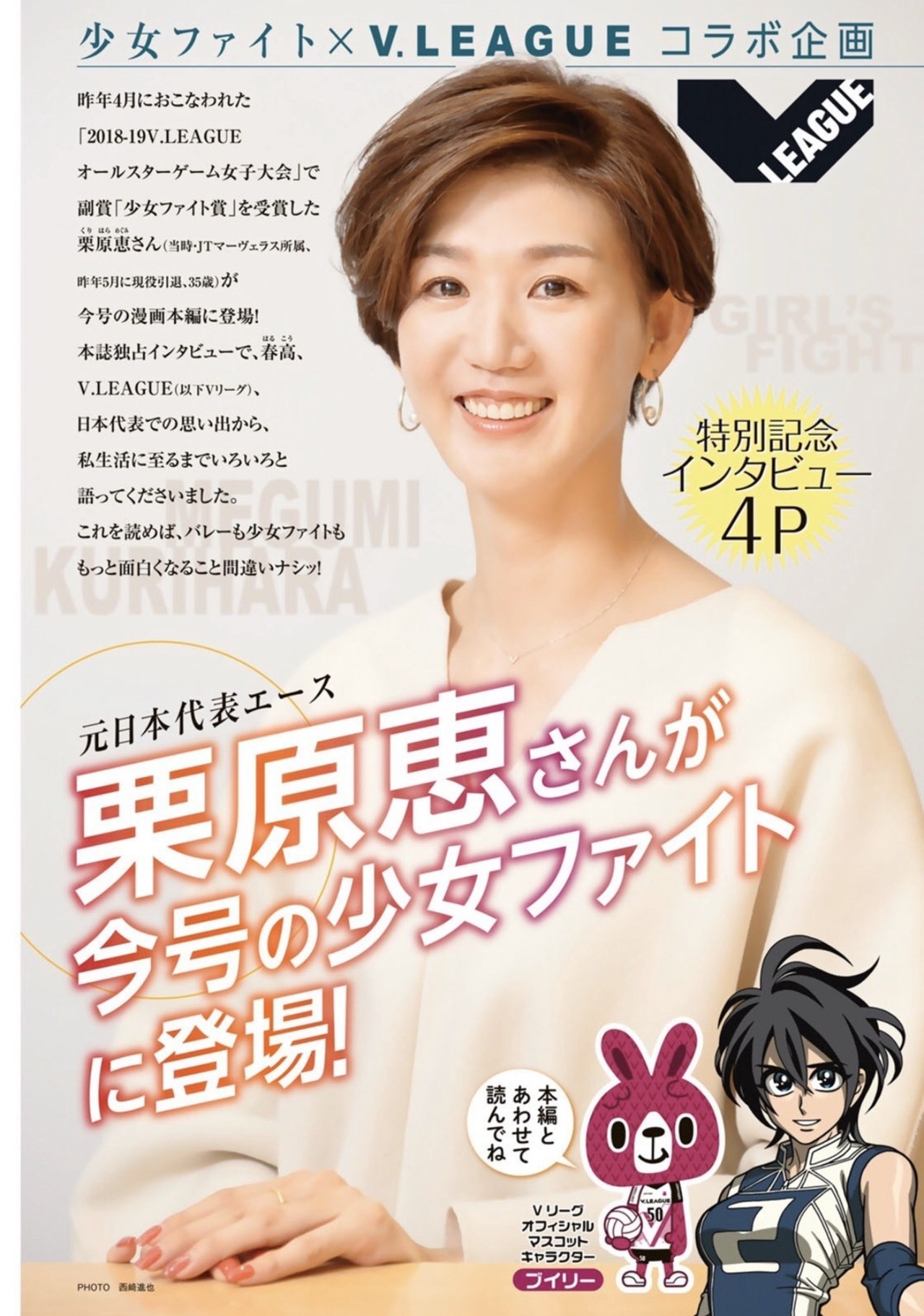 Megumi Kurihara appears in the volleyball manga "Shoujo Fight" published in the July 2020 issue of KODANSHA's "Evening" which was released on 3/10 (Tue.)!

She won the "Shoujo Fight Award" allowing her to appear in the magazine in the 2019 V.LEAGUE ALL STAR GAME, and her character finally appears in the manga!

Megumi Kurihara's interviews and photos are also published in the magazine!