The August issue of "GEKKAN EXILE"
will be released on 6/25 (Fri.).
Cover: "GENERATIONS from EXILE TRIBE" 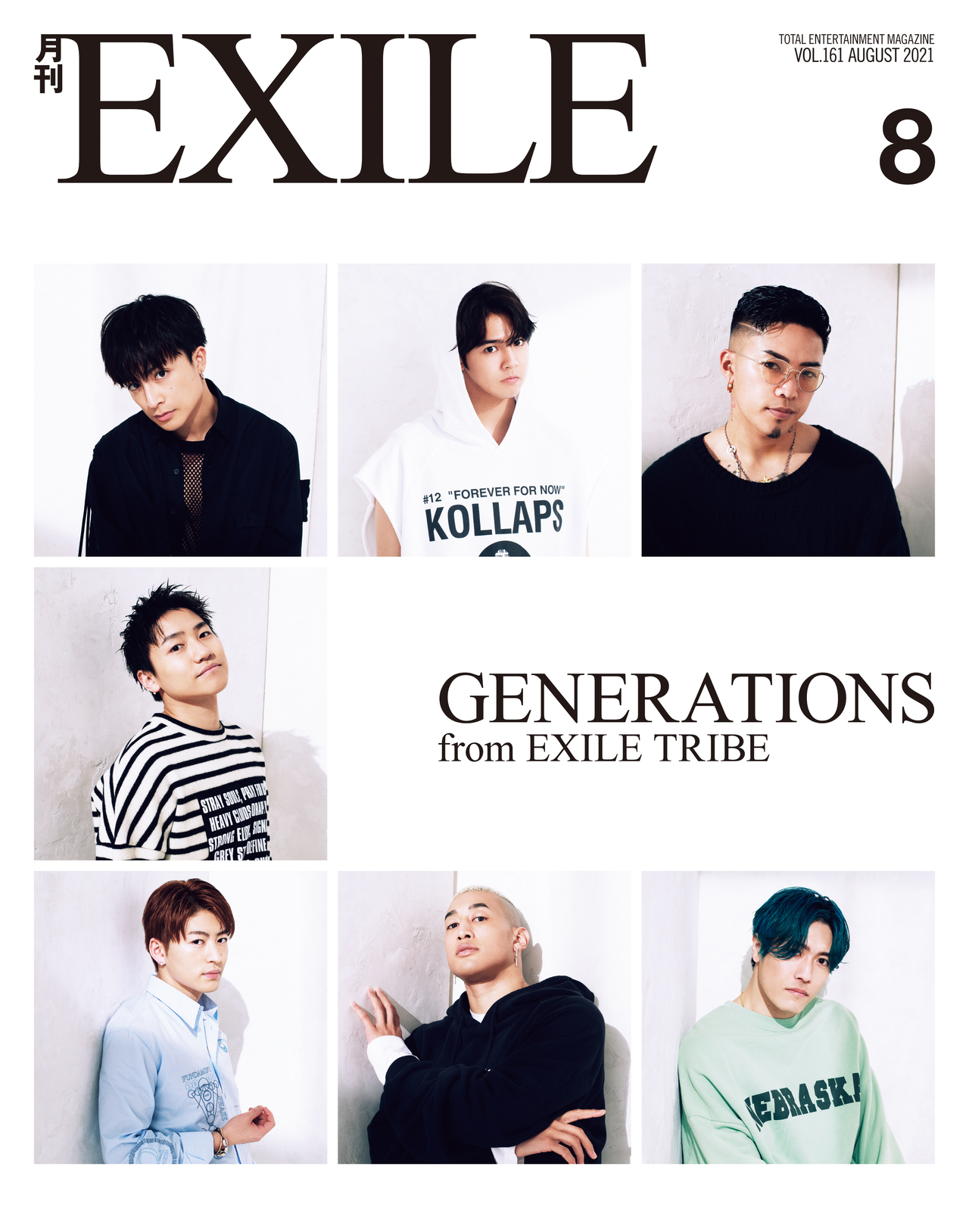 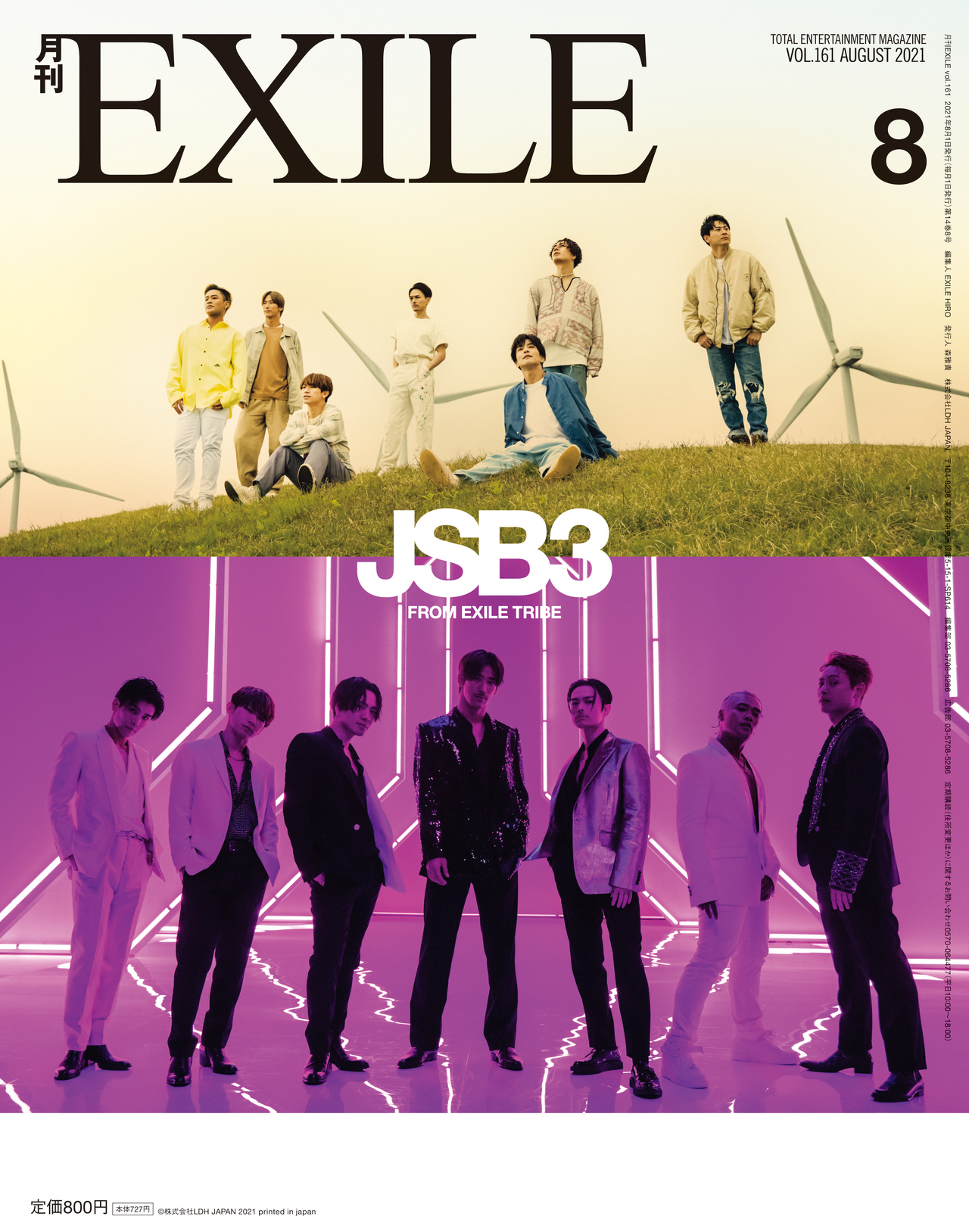 【CONTENTS】
GENERATIONS from EXILE TRIBE will release their 6th original album "Up & Down" on 7/14 (Wed.), after about 1 year and 8 months since the previous one.
This work contains the members' hope to "deliver" an album which will cheer you up and make you want to smile whenever and wherever you listen to it as well as their wish that their work could always stay close to you!
Enjoy this album full of GENERATIONS from EXILE TRIBE's charm along with the song introduction that will explain the thoughts put into each song!

"One Nation" has been chosen as the theme song of "SAMURAI WARRIORS 5". It is the much-anticipated new work of the long-running game series "SAMURAI WARRIORS", which will soon celebrate its 17th anniversary, released 7 years after the previous one!
"One Nation", which was released as a digital single, is a song newly created by EXILE SHOKICHI based on the world in the game and some keywords. This fast-paced rock tune has two sides. It expresses not only the excitement and dynamic of the story, but also the sad emotions hidden behind them!
EXILE SHOKICHI, NESMITH and Sekai will talk about the thoughts put into the lyrics and their connection with "SAMURAI WARRIORS"!

This month's GEKKAN EXILE is also full of highlights. Be sure to check it out☆