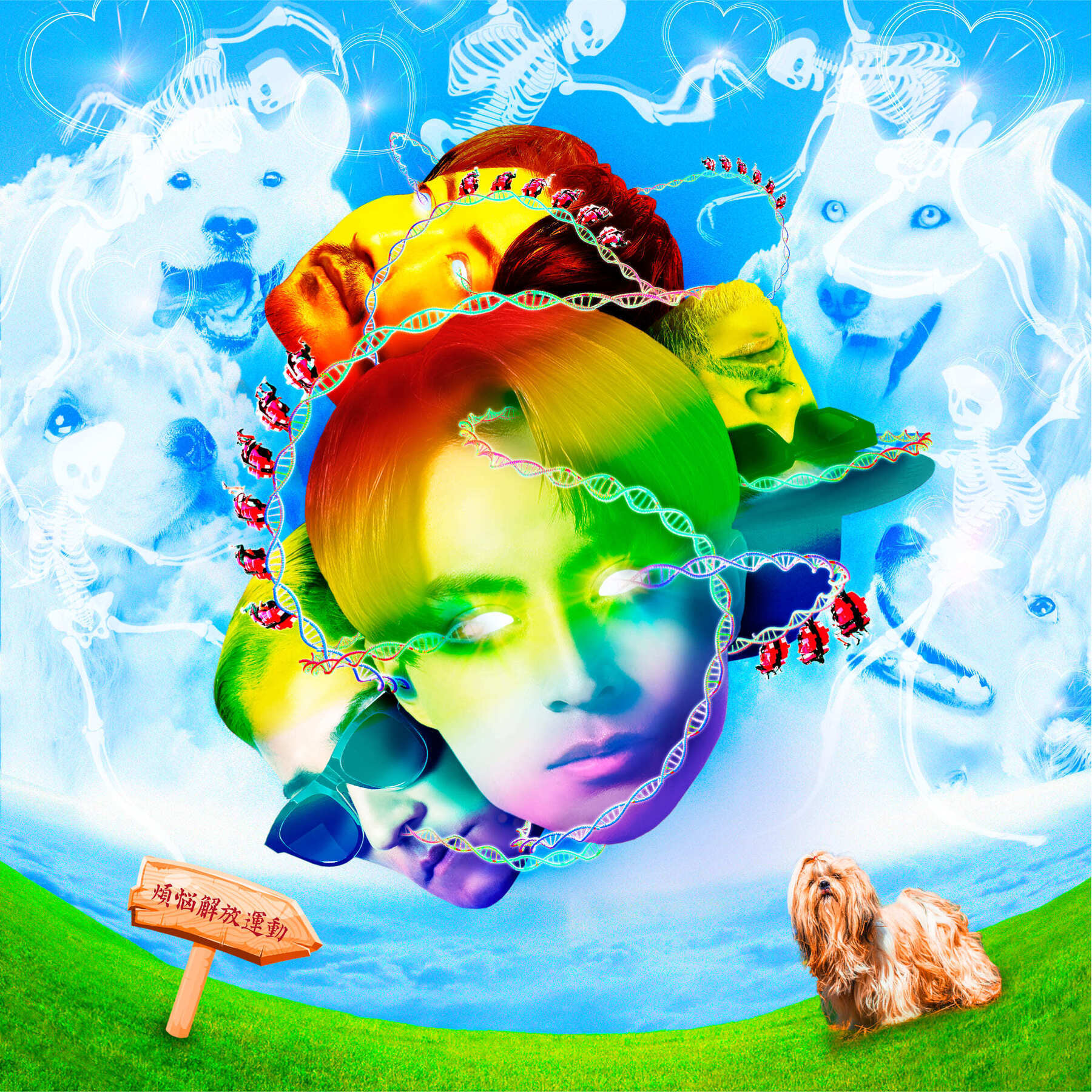 Following the iconic song "GLAMOROUS" released by the new PKCZ® after they became a 4-member unit, the second song with Alan Shirahama as a vocalist "Bon-Noh-Kai-Ho-Un-Do" features the lyrics written by Alan Shirahama and JAY'ED. It is a "free your mind" dance tune that inevitably draws you into the world of its catchy chorus, which "releases the worldly desires by instinct" and makes you unconsciously want to sing, and its lyrics!
The music was created by producer XLll, who is adept in CLUB MUSIC, not restrained by genres and keeps up with the most popular music trend around the world!
The cover is designed by Minori Murata who is active as an art director and visual artist!
It portrays PKCZ® in a psychedelic and funny way. The members like this artwork a lot!

Apple Music Pre-Add / Spotify Pre-Save campaign has started on 8/15 (Sun.)!
Pre-Add / Pre-Save is a very convenient function with which songs will be automatically added to user's Library after they are released on digital music services.
https://ffm.to/bon-noh-pre