The October issue of "GEKKAN EXILE"
will be released on 8/27 (Fri.).
Cover: "GEKIDAN EXILE" 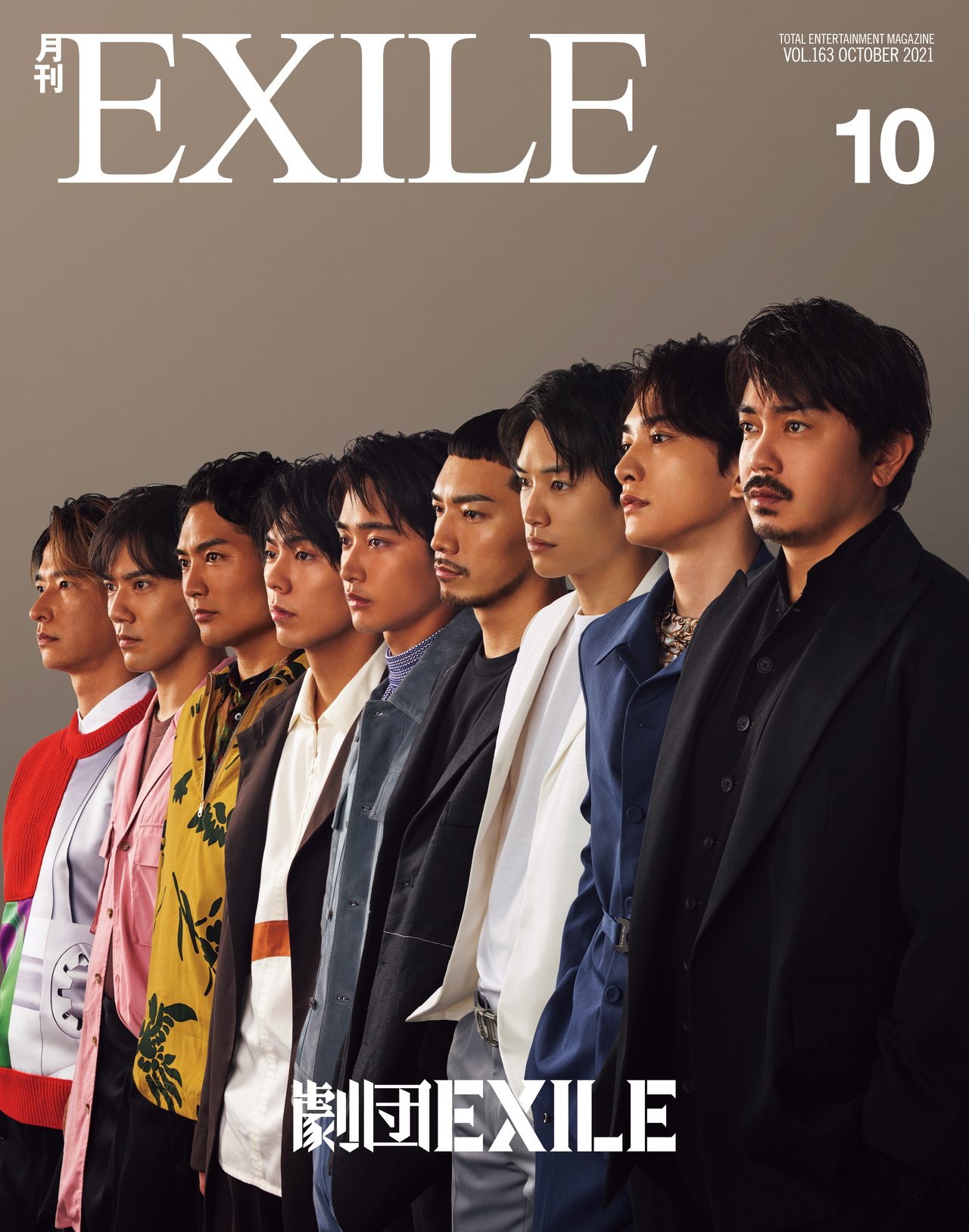 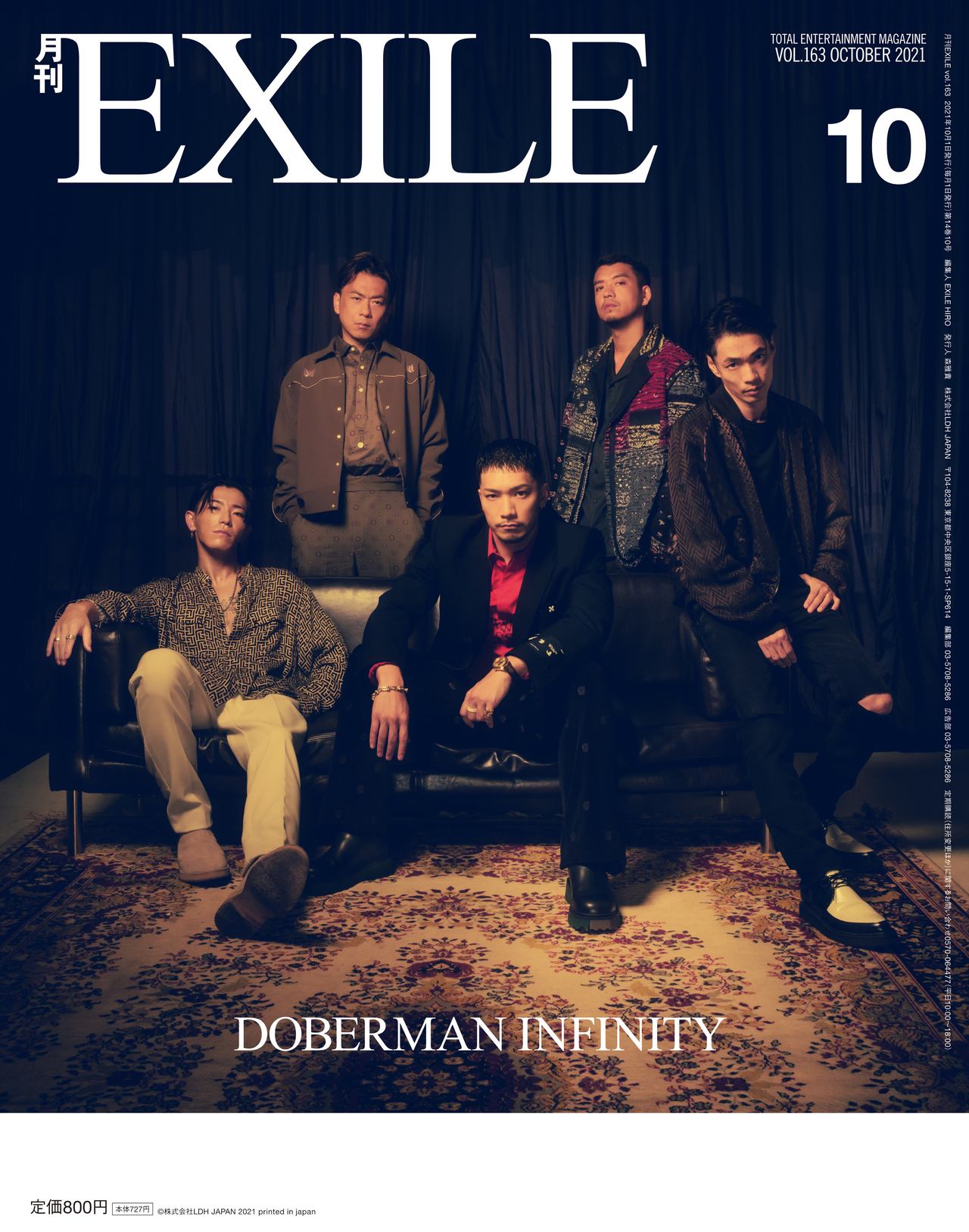 【CONTENTS】
The first serial drama "JAM -the drama-" with GEKIDAN EXILE as lead actors will be broadcast on ABEMA SPECIAL channel!
It is a new story woven by the genius director SABU based on the worldview of the entertainment movie about the karma called "jam" which features all the GEKIDAN EXILE members and has received favorable reviews at film festivals in many countries.
Sho Aoyagi and SWAY are enka singers?! Keita Machida becomes the president of an entertainment agency?! Nobuyuki Suzuki is a singer-songwriter?! Kanta Sato is a Hong Kong star?! Furthermore, espers, the precognitive and a group of lip-syncing artists will all appear in this hyper JAM SESSION drama!
All the members of GEKIDAN EXILE will talk about the appeal of this work and many other things!

The dome tour EXILE TRIBE LIVE TOUR 2021 "RISING SUN TO THE WORLD" was held from March to June!
It featured EXILE, J SOUL BROTHERS III, GENERATIONS, THE RAMPAGE, FANTASTICS and BALLISTIK BOYZ. Each group performed with the wish for the full comeback of entertainment!
The hot live performances are presented through photos!

In〈EXILE RESPECT〉series, EXILE TAKAHIRO releases covers of EXILE's songs.
"Yasashii Hikari" released in 2009 is the 3rd song of this series.
TAKAHIRO will talk about this song that was reborn after the rearrangement and EXILE which he joined 15 years ago!
Moreover, you can also enjoy behind-the-scenes photos of the music video directed by TAKAHIRO!

This month's GEKKAN EXILE is also full of highlights. Be sure to check it out☆