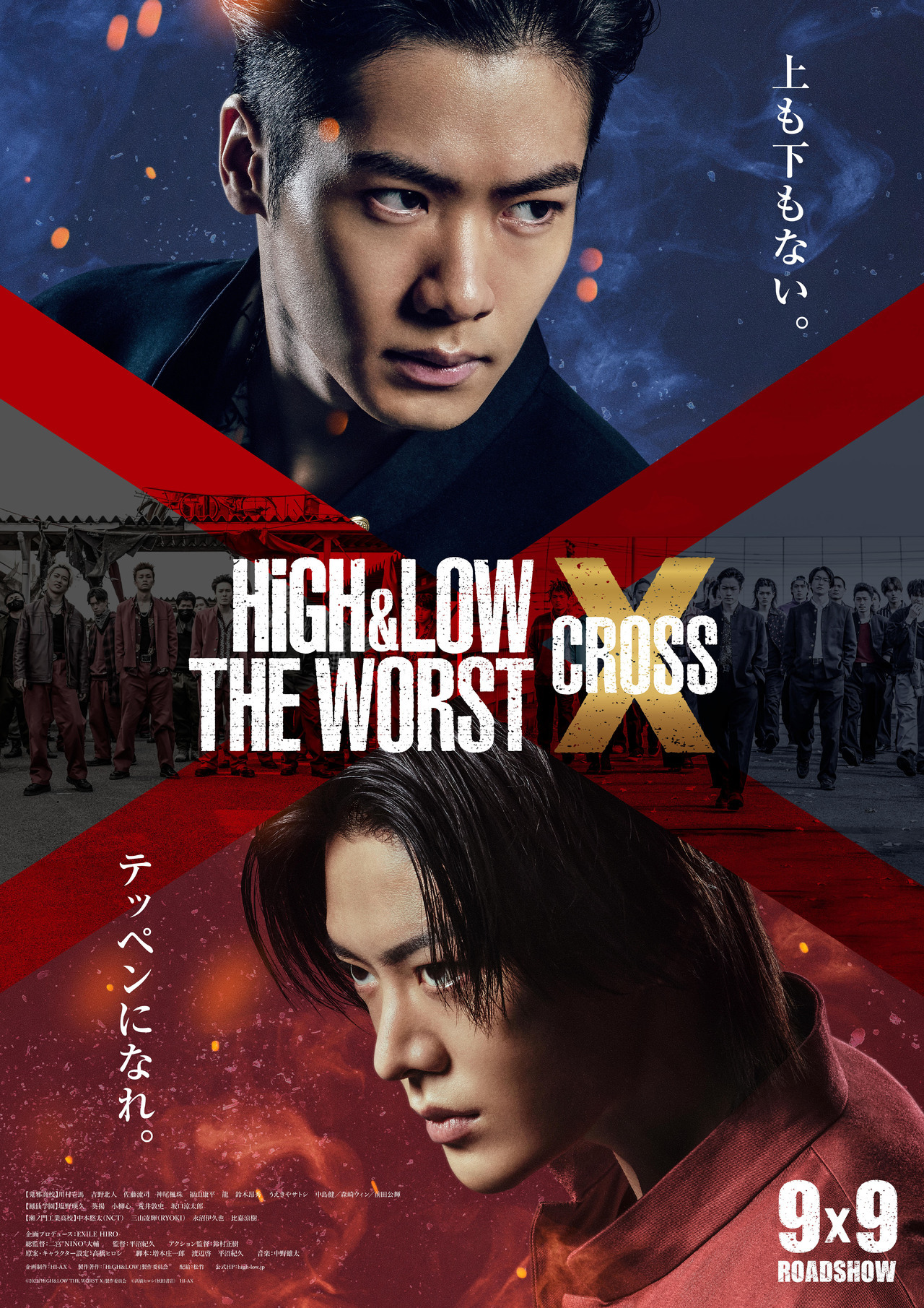 The "HiGH & LOW" series, which depicts men's friendship and fierce battles presented in various forms, grossed a record-breaking 7.8 billion yen and drew an audience of more than 5.56 million people. It collaborated with "CROWS" and "WORST" (original author: Hiroshi Takahashi), the masterpieces of high school delinquent manga which have sold over 80 million copies, on producing the transboundary movie "HiGH & LOW THE WORST". Its sequel "HiGH&LOW THE WORST X (Cross)" will open in movie theatres around Japan on 9/9/2022 (Fri.)!

【Video of the new cast members】


In the previous work, "the dark and brutal senior high school" Oya High School that stands for "O" in SWORD of the "HiGH&LOW" series had a fierce battle against terrifying "Killer Group" Housen Academy from "CROWS" and "WORST" from Toaru City, whose members except gang leaders all have shaved heads. It is a battle of "the strongest vs. the strongest".

Itsuki Fujiwara plays Reiji Himuro from Kamasaka, a "vicious armed group". Makoto Hasegawa plays Shoji Sameoka who is one of the most powerful guys in Ebara that is under the control of "three gods of war" and in alliance with Kamasaka and Senomon. Moreover, Zin plays Fujin, one of the three gods of war.
It is the first time for them to be featured in a movie and appear in the "HiGH&LOW" series. 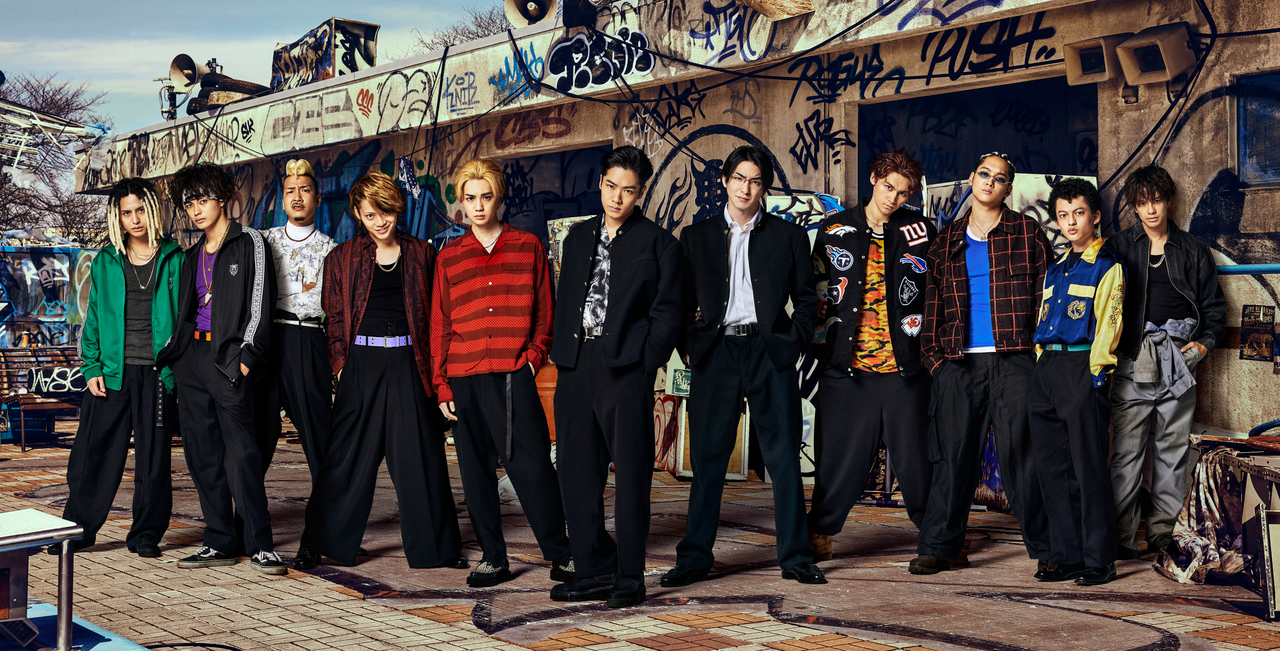 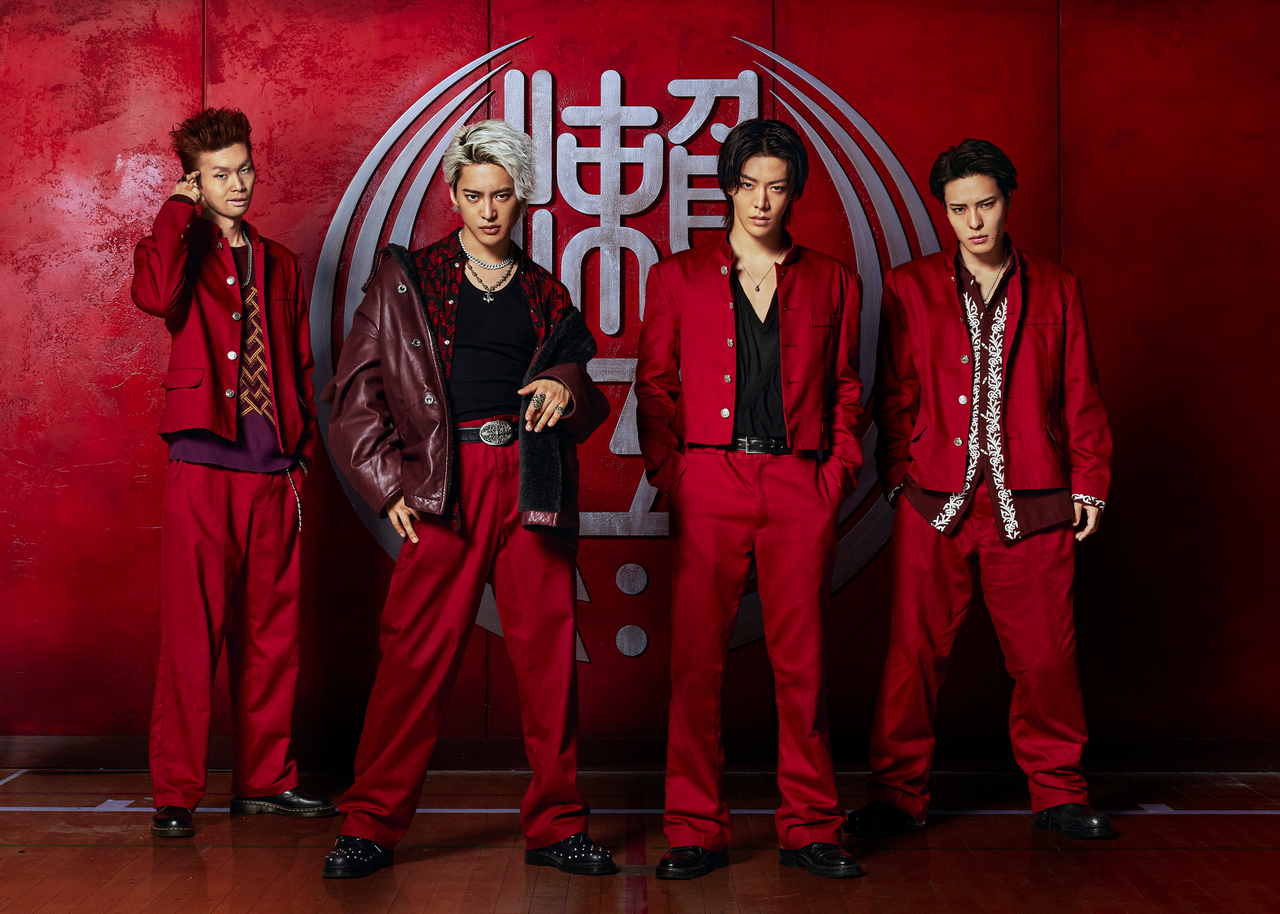 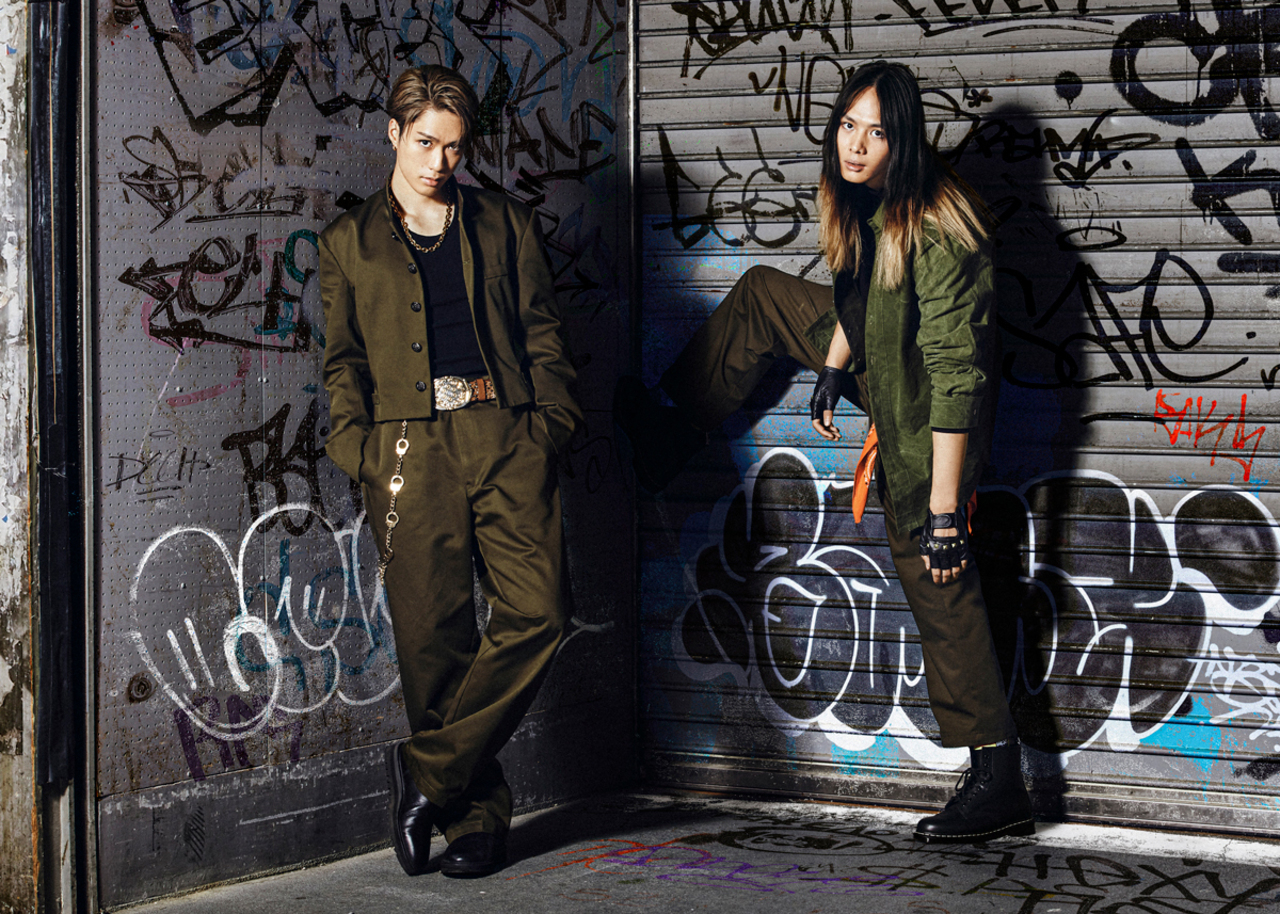 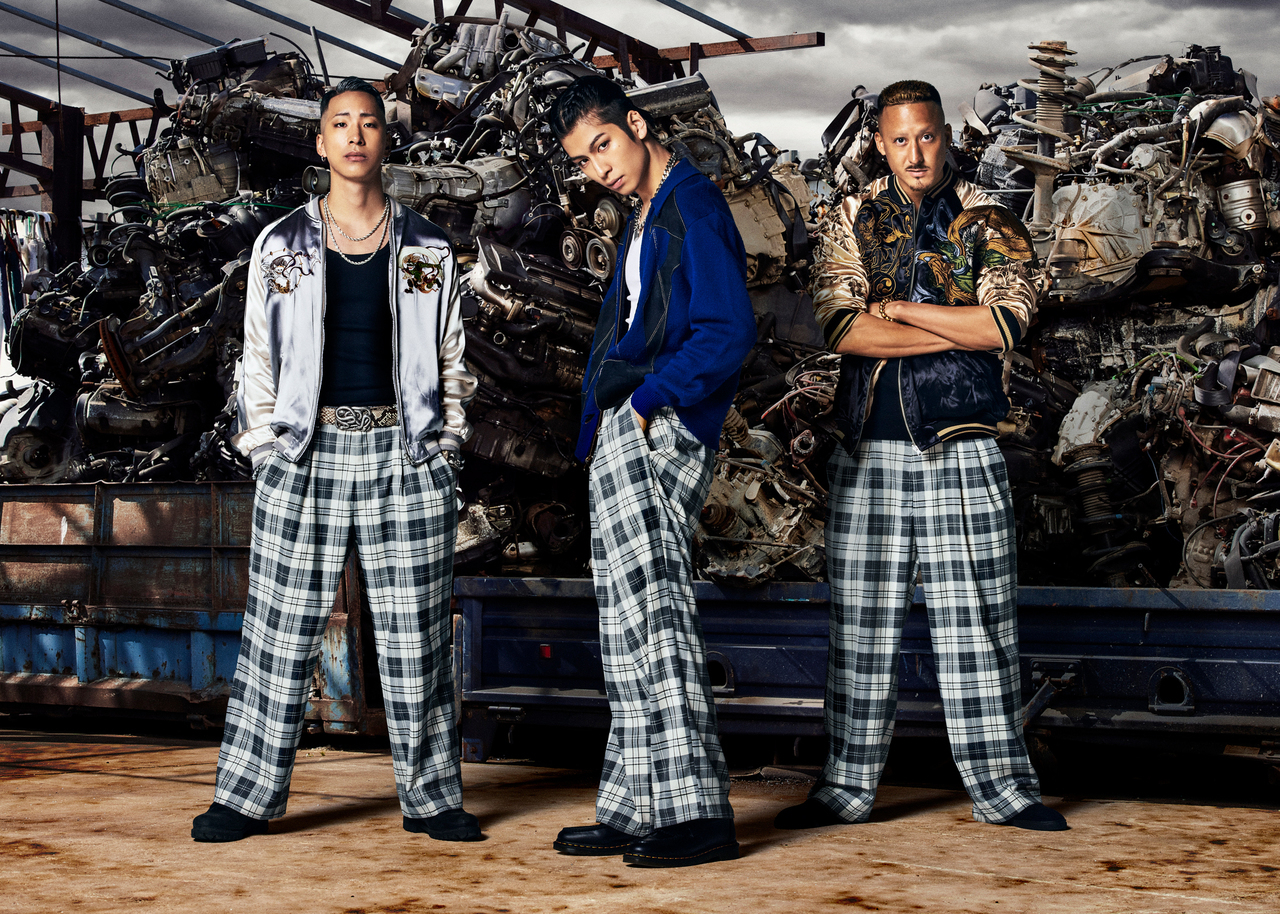 
【Comments】
Project Planner EXILE HIRO
The release of "HiGH&LOW THE WORST X", which is the sequel of "HiGH&LOW THE WORST", has been announced.
The previous work became very popular, so I am really happy about making its sequel "HiGH&LOW THE WORST X".
The worldview of "HiGH&LOW" that many fans enjoy will be infused into this work, so be sure to look forward to it!
Moreover, we also invited the Japanese member YUTA from "NCT 127" that is active in South Korea and RYOKI from "BE:FIRST". They will make "HiGH&LOW" even more exciting. Please pay attention to their performance in this work.
In addition, there are many wonderful songs that perfectly suit the movie. Be sure to check out each team's song!

Itsuki Fujiwara who plays Reiji Himuro
This is Itsuki Fujiwara who plays Reiji Himuro.
I was very happy when I was invited to appear in this work.
Actually, appearing in the HiGH&LOW series was one of my dreams and goals.
While watching works featuring my seniors and other RAMPAGE members, I was wondering what kind of role I would play.
There are scenes where I fight against members who work together with me at ordinary times, which brings me a brand new feeling. I think these scenes unique to HiGH&LOW are very exciting!
Please look forward to the upgraded "HiGH&LOW THE WORST X"!

Makoto Hasegawa who plays Shoji Sameoka
This is Makoto Hasegawa who plays "Shoji Sameoka" from the three-school alliance / Ebara Commercial High School.
I have always wanted to participate in the HiGH&LOW PROJECT since it was launched, so I am really happy to be able to participate this time!
The main characteristic of Sameoka is his hairstyle. Just like "same (shark)" in his name, his hairstyle will remind you of shark scales!
As a calm and smart person, he often shows great foresight and makes right decisions.
The three-school alliance will bring something new to "HiGH&LOW THE WORST X"! Please look forward to the movie release!!

Zin who plays Fujin
This is Zin from THE RAMPAGE!
I play "Fujin (Jin Kazami)" in "HiGH&LOW THE WORST X"!
I played my first role in a stage play last year, after which I was attracted by "expressions other than dance". Now, I want to try various kinds of things. Therefore, I feel very happy for being able to appear in such an excellent work.
I try to play the role of "Fujin" in my own way.
I hope you can watch it in movie theaters!

At the same time, delinquents in SWORD who aim to become the leader of Oya High School
are waiting for an opportunity...

One of them is Kohei Amagai (played Ryoki Miyama), the leader of Senomon Technical High School which is also called "Bloody Gates" wearing a crimson school uniform.
He is backed up by the most powerful man Ryo Suzaki (played by Yuta Nakamoto).
Moreover, he gets Kamasaka High School and Ebara Commercial High School from the SWORD area, which are also aiming at taking the head of Oya High, on his side. With the formation of "a three-school alliance" Kohei Amagai extends his influence.

Students of Oya High are now getting suddenly ambushed.
Will Fujio, who has been settling things with his fist, be able to protect his friends who are defeated one after another
under such overwhelmingly unfavorable circumstances?!

Fujio and Suzaki, the strongest delinquent of the three-school alliance, engage in the fiercest fight for the top spot!
What does Fujio wants to tell with his fists?
A fight for the real top spot starts.