Characters of members familiar to you from Izakaya EXILE will dress up as minions!

"Minions: The Rise of Gru" presented by Illumination Entertainment is a much-anticipated work of this summer. Prior to the release of this work featuring the popular minions Kevin, Stuart, Bob and the new character Otto, a collaboration featuring the Izakaya EXILE characters of the members × popular minions from "Minions: The Rise of Gru" is to be launched in late May!


Summer festival "Izakaya EXILE" produced by LDH kitchen will collaborate with "Minions: The Rise of Gru", the latest work of the most successful animated film series in the world presented by Illumination Entertainment!

There will be collaborative products incorporating the thought of both companies "Let's have fun in 'summer'".

In this collaboration, the new products with the original design featuring
the characters of members familiar to you from Izakaya EXILE dressed as minions, who are very active and chaotic in"Minions: The Rise of Gru", will be on sale. 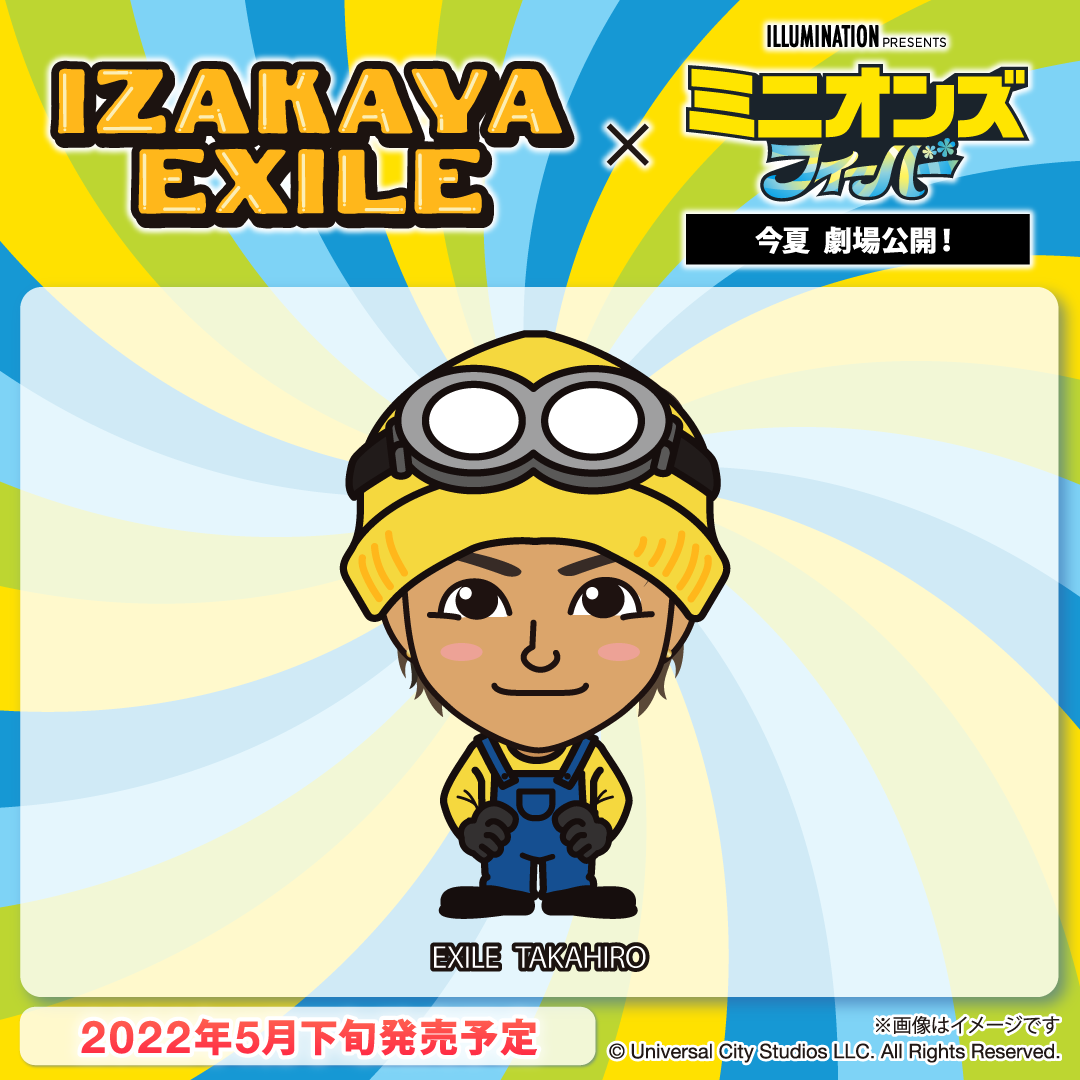 The products will be sold in a limited quantity in "Izakaya EXILE online store" from late May.

Product details and more information will be published on social media accounts of Izakaya EXILE at a later date.
Stick around for more info.


In this project, based on the commercialization contract with NBC Universal Entertainment Japan, the products are created and produced by MADE BY JAPAN Co., Ltd..

*To be sold from late May.

LDH kitchen dedicates to producing entertainment to pursue "eating" and "beauty" as well as creating an entertaining space for customers to enjoy.
Under the concept of Love, Dream & Happiness, it gathers people who hold dreams in the world of food and vitalizes the world of craftsmen. It is vital to pass the modern technology to the next generation for protecting Japanese food culture. It provides an environment and system for the staff of LDH kitchen to have dreams and work hard.


■Illumination Entertainment / Minions
It is an anime series that became a social phenomenon all over the world and continues to be a record-breaking hit. Minions, mysterious creatures and super banana lovers who rose to fame through "Despicable Me" (2010) and "Despicable Me 2" (2013), eventually played the lead roles in the movie "Minions" in 2015. Besides, "Despicable Me 3" (2017) became the biggest hit in the history of the series and No.1 among all animated films of the year! Its popularity expands beyond the movies to various fields such as products, events and games. The cute images of the adorable but destructive, flawed but friendly minions, increasingly attract fans all over the world.
Moreover, the much-awaited new movie "Minions: The Rise of Gru" is scheduled to hit the big screen in 2022. Destructive funny points, sophisticated pop culture, sheer emotions, bold but sensitive music and excessive actions! The movie is replete with the unique charm of Illumination Entertainment. It is produced by Chris Meledandri, the founder and CEO of Illumination Entertainment, and again directed by Kyle Balda who served as a director for "Minions" and "Despicable Me 3".
PAGE TOP