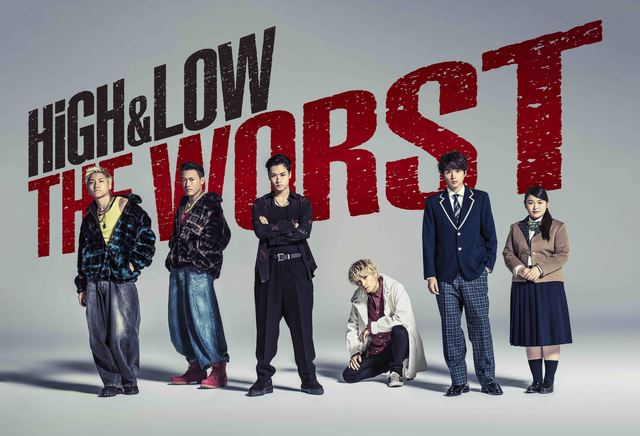 GENERATIONS from EXILE TRIBE's Hayato Komori and Yuta Nakatsuka
will appear in the movie "HiGH & LOW THE WORST" which will be shown nationwide from 10/4 (Fri.)!

The two artists who will make their acting debut in the movie "HiGH & LOW THE WORST" will play Shinya Oochi (Nakatsuka) and Masaya Oochi (Komori), also known as the "Oochi Brothers", who have great power and grew up in a huge neighborhood called "Kibougaoka Danchi"!
They will take part in intense action scenes in the movie for the first time!!
Cast who will play the childhood friends who grew up in the same neighborhood as the "Oochi Brothers" include Kazuma Kawamura who plays Fujio Hanaoka, Jin Shirasu who plays Seiji Kirihara, Miu Tomita who plays Madoka Ishii and Masato Yano who plays a key character named Arata Maekawa!
Also, GENERATIONS from EXILE TRIBE's new song "SNAKE PIT" will be used as the Oochi Brothers' theme song!

Moreover, Ryuto Kazuhara's first solo ballad "Nostalgie" has been chosen as the soundtrack for the movie "HiGH & LOW THE WORST"!
The gentle and touching tune makes the movie even more appealing!

Stay tuned for its release!