Kenjiro Yamashita who has a variety of hobbies such as bass fishing, DIY and traveling will experience stylish hobbies with guests to become a cool adult on FOD's new original variety show "Campingman" which will start airing from 00:00 on 8/29 (Thu.)!!

The program promotes a new lifestyle full of creativity and playfulness, provides opportunities for people who hope to try new hobbies, brings tips for a more fulfilling life and creates a place to let people interact with their family members.

The theme of the first episode is "Outdoor".
They experienced various kinds of things during a camp which lasted for 3 days and 2 nights. COLOCOLO CHIKICHIKI PEPPERS (Nadal & Soto Nishino), Sonoko Inoue, Toshio Kakei, Takeda BBQ, Hana Matsushima and Susumu Terajima appeared as guests! From traveling in a camper van which all men have dreamed of, shopping for ingredients and rafting to introduction of latest goods for outing, barbecue and fishing, they fully enjoyed nature. As was expected, Nadal fell into the water as they sailed down rapidly in a rubber boat. But surprisingly, Inoue also fell overboard. Yamashita tied his body to the rubber boat with a rope and tried to keep the boat vertical to the water surface, which is called "Titanic Game". All of them fully enjoyed interesting games in water. 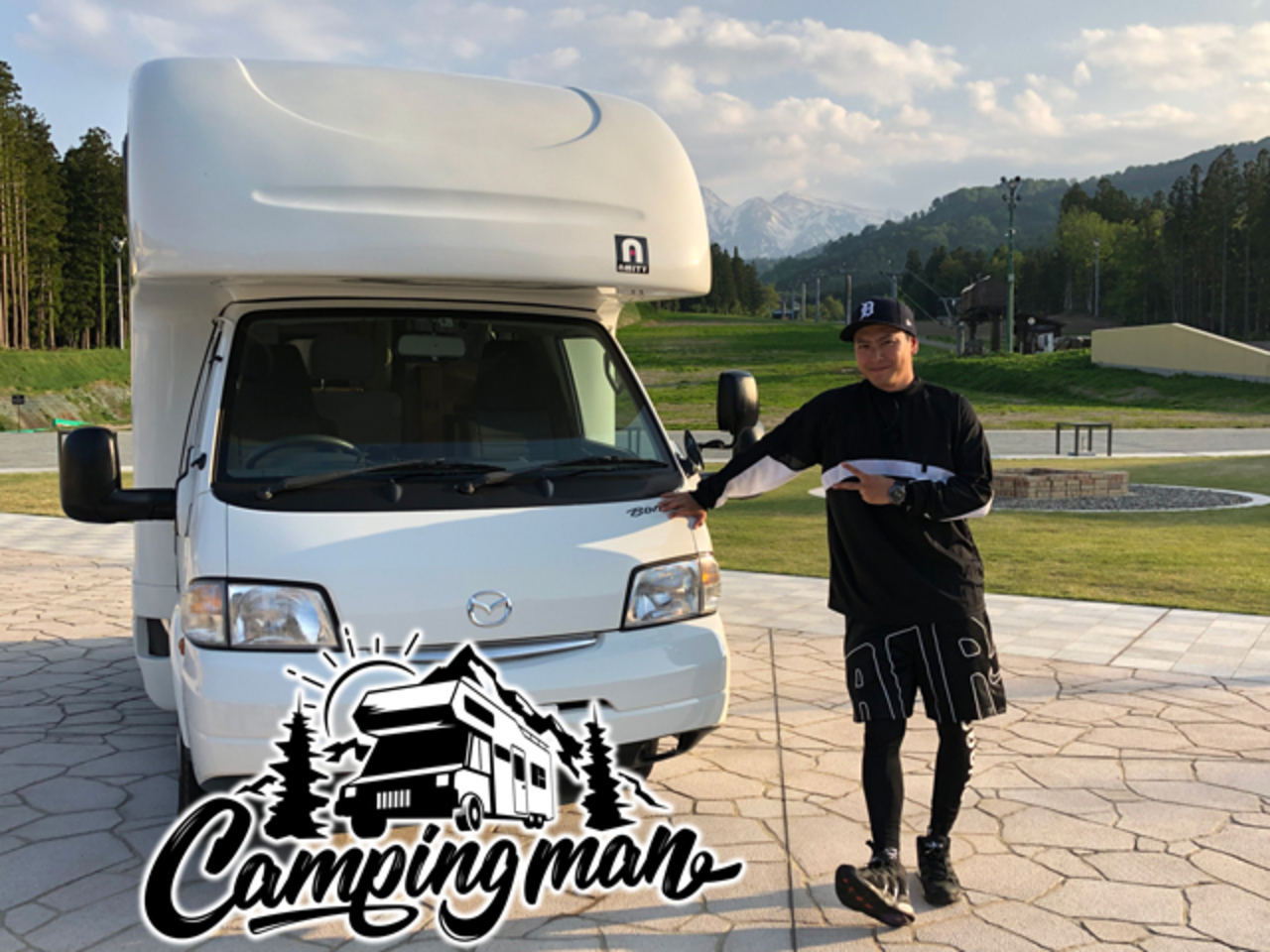 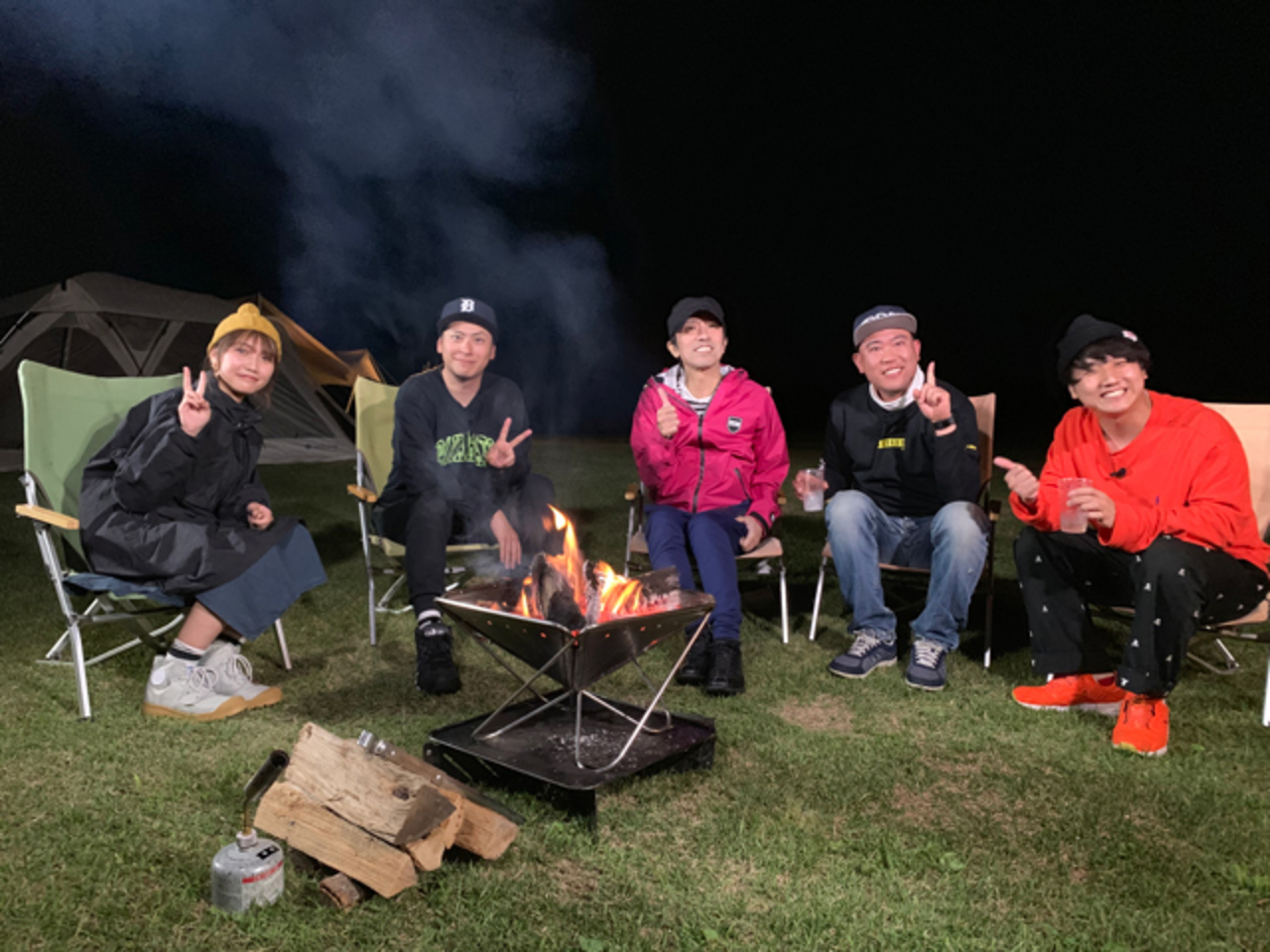 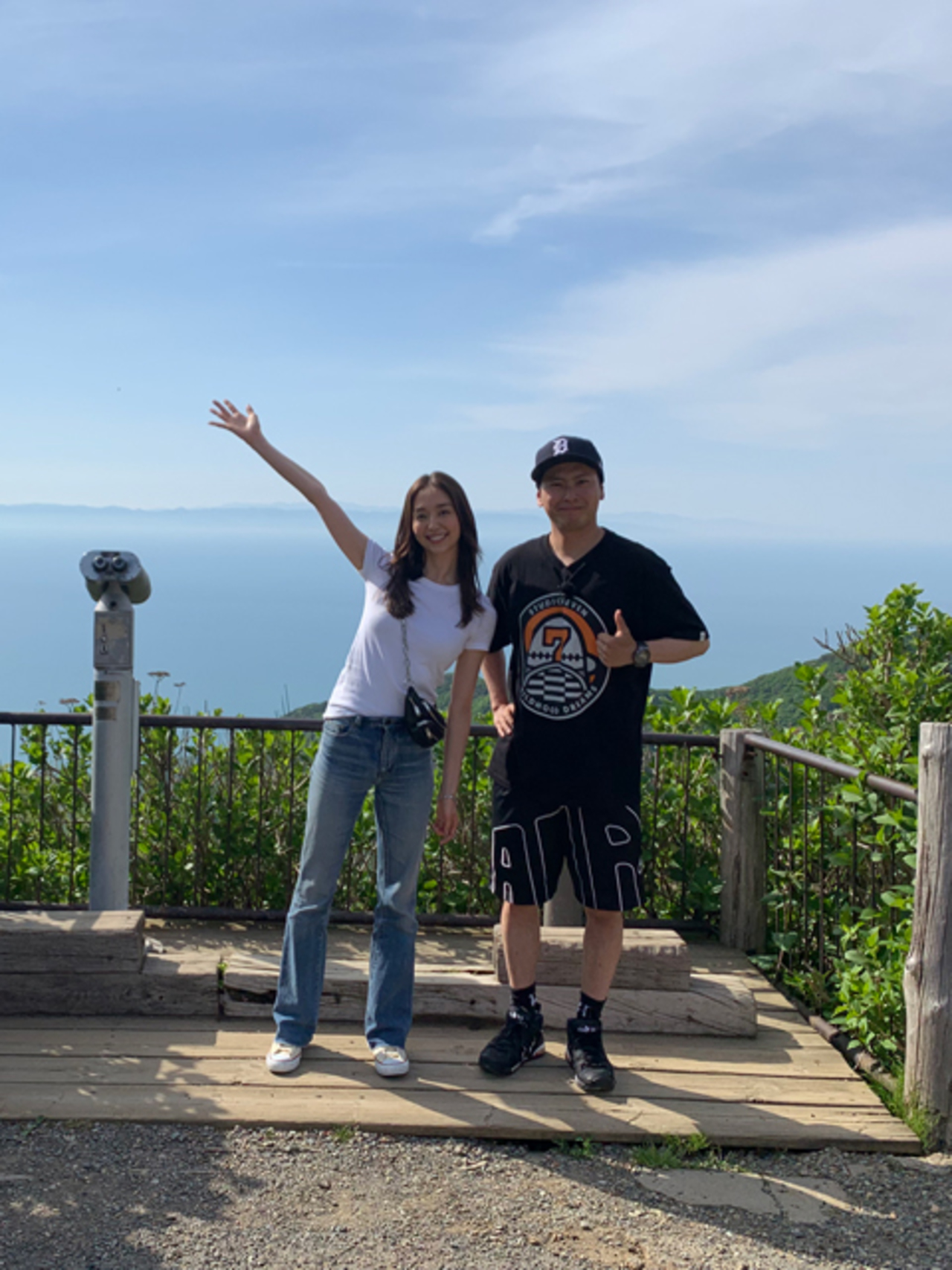 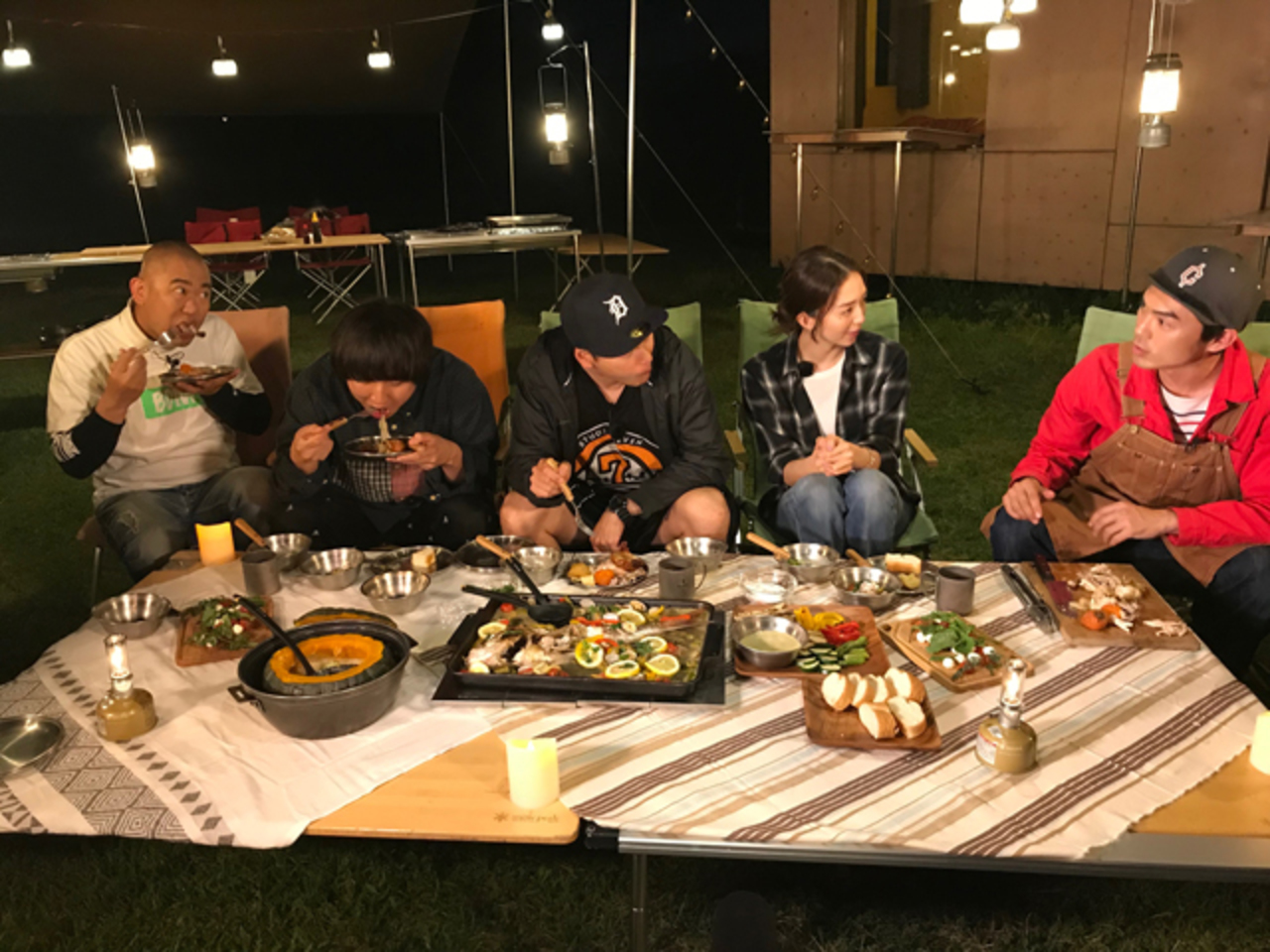 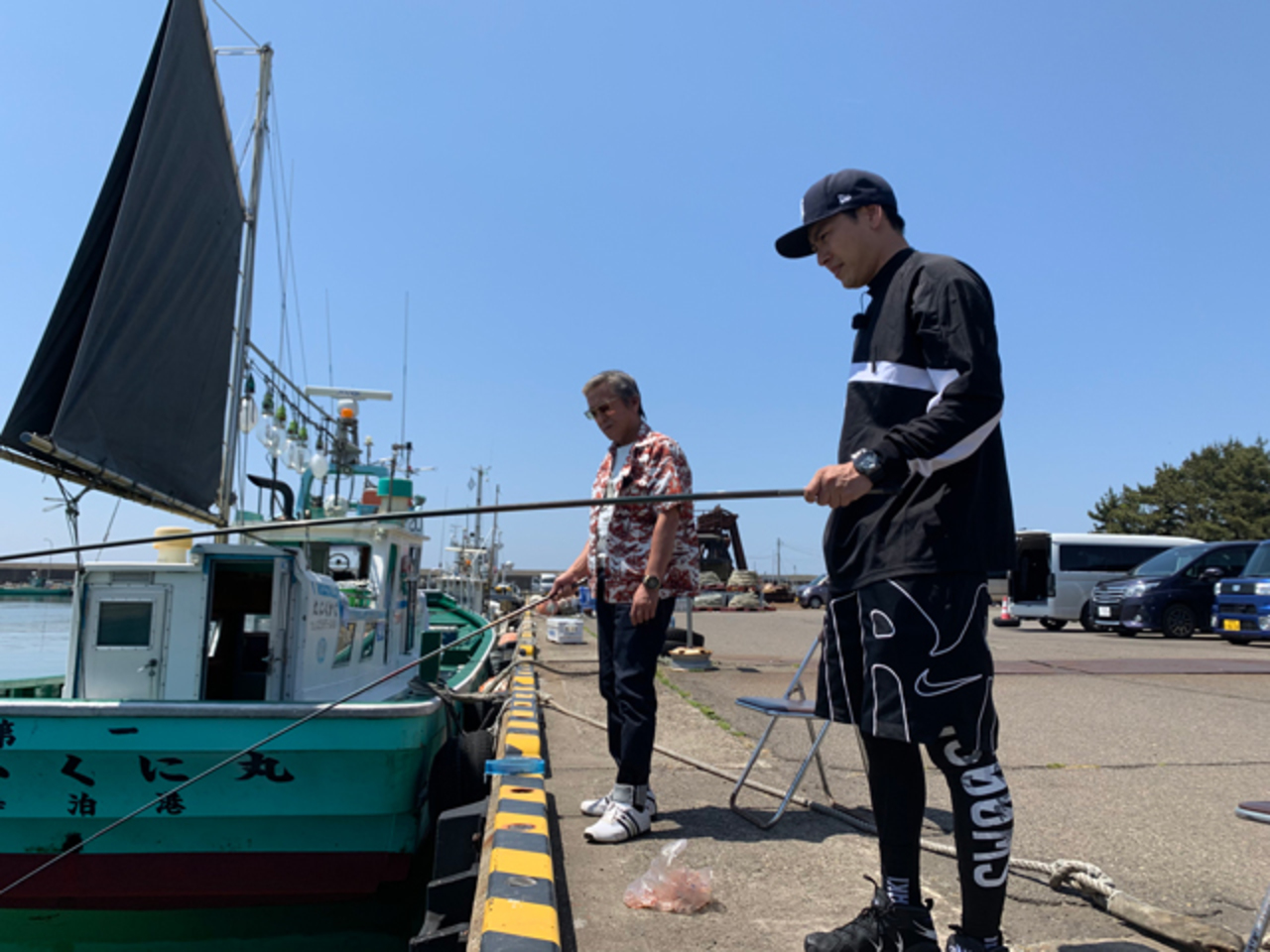 【Kenjiro Yamashita's Comment】
I enjoyed a lot of activities that I have always wanted to try on "Campingman" with people who are active in different fields!
I heard many things about work as well as personal stories during the camp! It was really a great time for me! Be sure to check out this program!