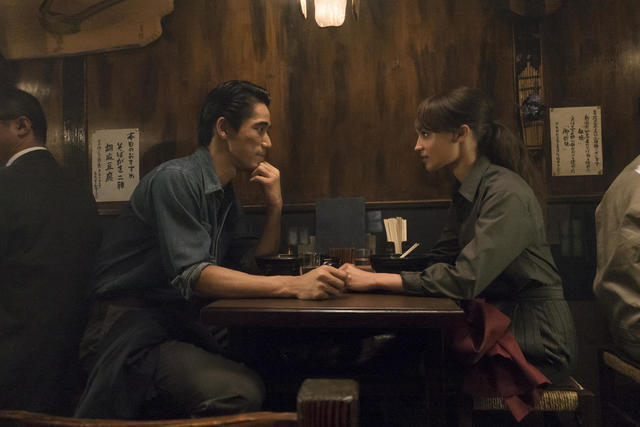 "The Earthquake Bird" is based on the suspense novel of the same name by British writer Susanna Jones. This suspense and mystery film is set in Tokyo, and revolves around the love-hate relationship between two women and a man and the complex mentality of women who live in a foreign country!
Naoki plays the key character Teiji, an enigmatic photographer who was in a relationship with both the heroine Lucy played by Alicia Vikander and Lily played by Riley Keough at the same time!

What's more, "The Earthquake Bird" will be screened as a special work on the 32nd Tokyo International Film Festival!
Oscar-winning actress Alicia Vikander who plays the lead role will come to Japan together with Wash Westmoreland and participate in the film festival with Naoki Kobayashi!

【Story】
The story is set in Tokyo.
A foreign lady named Lily who lives in Japan went missing and then was found dead.
Her friend Lucy is suspected of murder. However, both women had relationships with a handsome and enigmatic photographer named Teiji.
Lily, Lucy and Teiji were engaged in a tumultuous love triangle.
What is the truth behind Lily's death?