~A story of those who convey messages of the stars~ 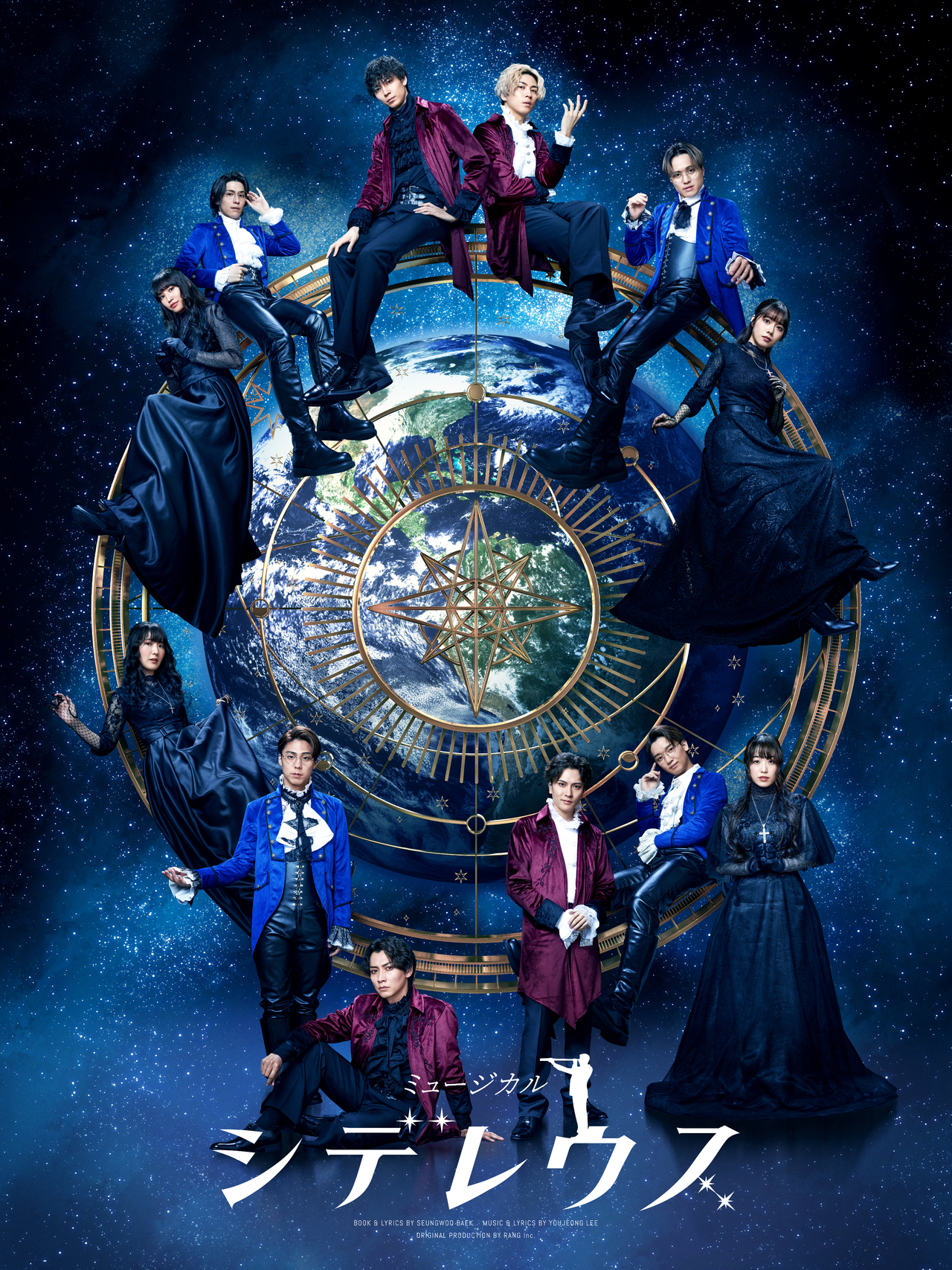 "The truth people firmly believe may not be true."
This is a story about Galileo, known as the "father of astronomy", and the young mathematician Kepler.

Two scholars who started to study "Heliocentrism", regarded as a taboo, in the 17th century and nun Maria, Galileo's daughter, spoke for the turmoil of the times while risking to do research in support of Heliocentrism.
Based on historical figures and true stories, it is a new work that incorporates the scriptwriter's imaginations.


Hayato Onozuka will appear in the hit musical "Sidereus" born in South Korea which will be staged at JIYU Theatre from 6/17 (Fri.)!

Shown for the first time in South Korea in April 2019, this work received wide acclaim from critics and viewers. "The stage, lighting and video are all fascinating.", "I feel like being in the universe." and "This is a work that gives courage to those who tell the truth when others blindly believes in lies."...

Apart from the performances in Japan, it will also be presented by Chinese actors and actresses in Shanghai in June. It is a popular musical throughout Asia.

This hit musical will be presented by 12 performers.
Characters in the story are Galileo, Kepler and Maria.
The musical which has three characters will be brought by 4 groups of cast members by turns.

Hayato Onozuka will play "Kepler" in 【Orion Performance】 who suggested a research plan to young mathematician Galileo from Germany.

A total of 15 songs will create a mysterious and dreamlike atmosphere on the stage and tell a magnificent story full of starlight, romance and warmth.

The musical "Sidereus" depicts a wonderful story
that encourages people who devote themselves to something without being limited by "common sense" and want to live in this way!

Be sure to enjoy it at the theatre! 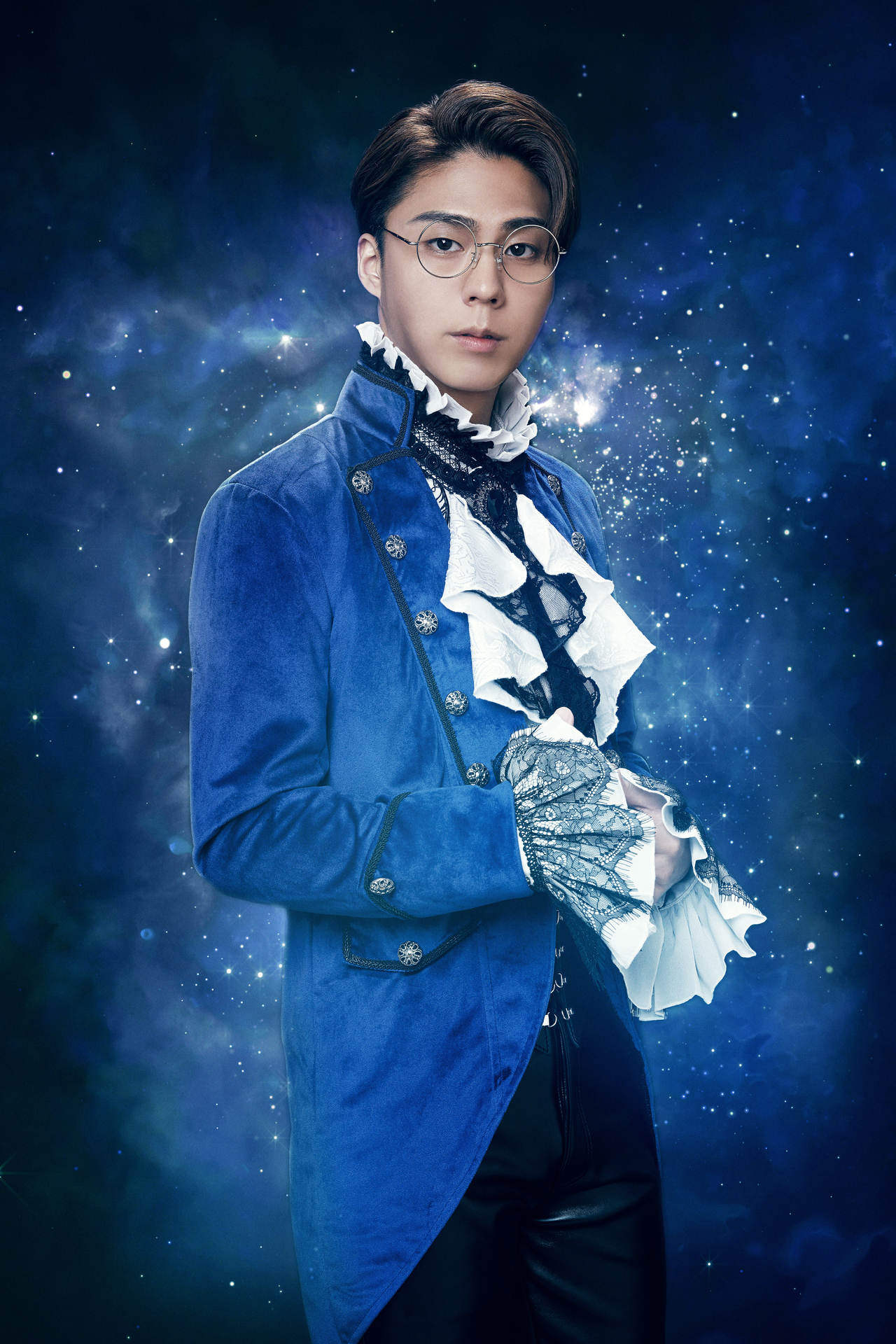 Hayato Onozuka / Young German mathematician Kepler
【Story】
Nun Maria received a letter from her father Galileo. In the letter, he asked her to burn a letter hidden in his room.
The sender of that letter was an unfamiliar man, Kepler.
In 1598, it was believed that the sun went around the earth. Mathematician Galileo who served as a teacher in a university in Italy got the suggestion from German mathematician Kepler to study the universe using a book named "The Secrets of the Universe".
Galileo turned down Kepler many times but owing to the persuasion of tenacious Kepler, he started research to prove that Kepler's hypothesis was false.
Under this circumstance, he drew a conclusion that if he got the evidence of "Heliocentrism", which was taboo even to mention, this ridiculous hypothesis may be correct...

*The arrangement of seats will be made in accordance with the regulations of the Government, municipal authorities and the venues.
└The arrangement of seats and the distance between seats may be changed in accordance with the new measures against COVID-19.
*The opening time and starting time are subject to change according to the policies of the Government and the municipal authorities.
*We will only issue electronic tickets (for smartphones).
*In order to avoid congestion, we will "guide viewers to leave the venue" after the shows end. It may take more time than usual. Thank you for your understanding.
*Some parts of the content may be changed depending on circumstances.
*Be sure to carefully read the notes on the official homepage of LDH before you purchase tickets.

Hayato Onozuka will talk about the behind-the-scenes stories to customers who purchase tickets via LDH official advance application after all the performances!
Be sure to listen!

■Schedule
7/1 (Fri.) 18:00~
*The schedule is subject to change.
*Details about viewing will be sent to ticket purchasers via email at a later date from ticketbook.
*The online talk will be held via the online meeting system "Zoom"

■EXILE TRIBE FAMILY Advance Ticket Lottery
【Application Period】
5/6 (Fri.) 15:00 ~ 5/9 (Mon.) 23:00
*One person can apply for a maximum of 4 tickets per show.
*Only for members who can log in to the fan club site within the application period

■[EXILE TRIBE CARD Advance Ticket Lottery]
【Application Period】
5/12 (Thu.) 15:00 ~ 5/15 (Sun.) 23:00
*One person can apply for a maximum of 4 tickets per show.
*EXILE TRIBE CARD holders only
*Those who have applied for EXILE TRIBE CARD, but their credit cards have not been issued yet cannot join the lottery.