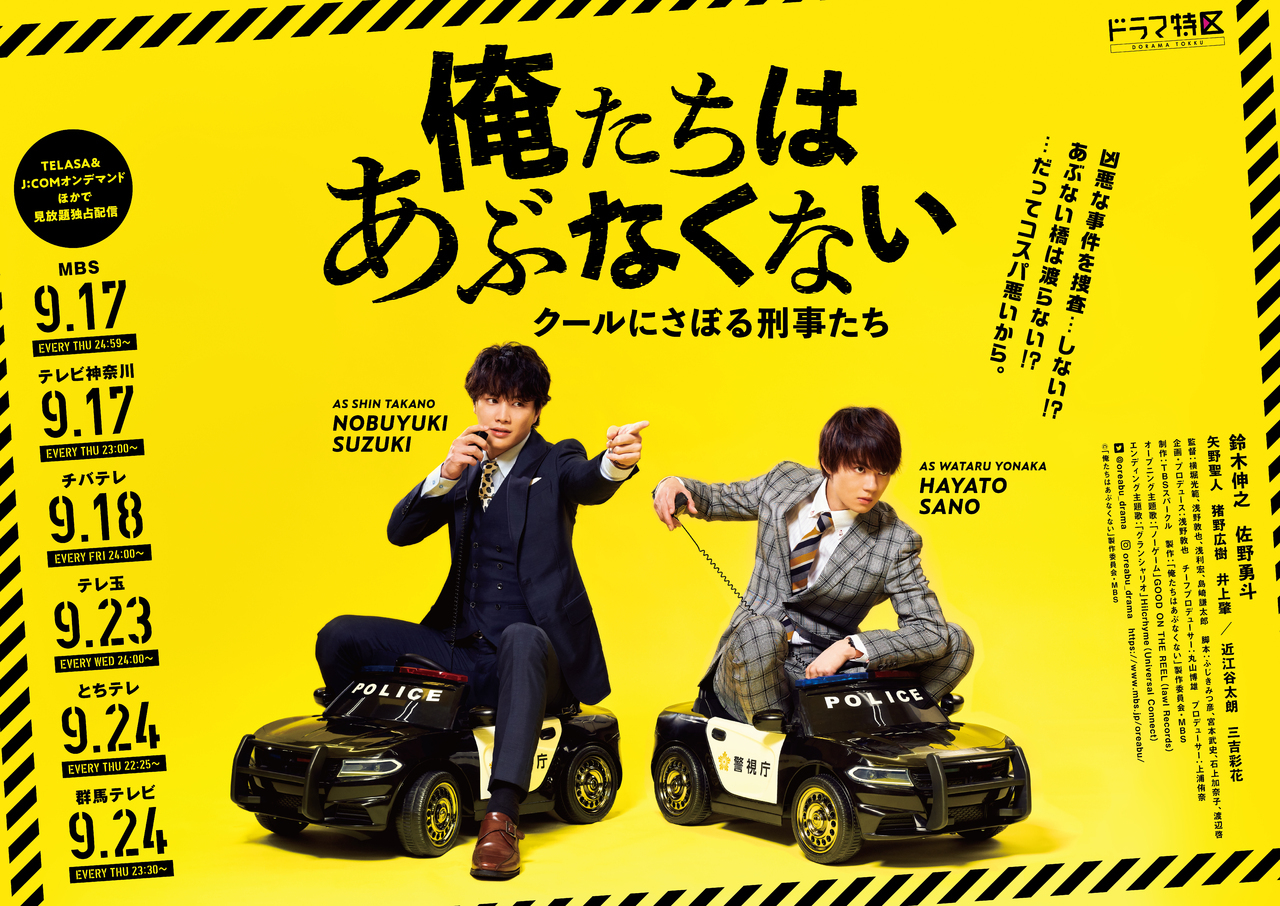 Nobuyuki Suzuki appears in "Danger-Less Detectives"!
It is a cool and modern police comedy about the "safe" life of two detectives who loaf on the job in current times of high cost performance!

Detectives of the Showa era were passionate. But the ways of life in Reiwa era focus on "high cost performance".
Detectives in Heisei era still worked hard for the society even when they were going downhill. But detectives of the Reiwa era are not like this!
They fight for their future and peace! Youngsters in the era of the 100-year life "do not take risks".
They reckon it is righteous to defend their lifestyle!
This is a new-age police comedy about "detectives who do not take any risk"!

Nobuyuki Suzuki plays detective "Shin Takano" who takes "high cost performance" as a daily routine and aims for career development while being busy with promotional exams and internal politics!


【Plot Summary】
Young detectives Takano (played by Nobuyuki Suzuki) and Yonaka (played by Hayato Sano) work at Metropolitan Police Department Azabu Central Station on a hustle and bustle street.
Detectives should work for citizens around the clock and fight even at the cost of their lives... But this way of thinking is out of date!
They do not sweat or investigate. Their goal is...to loaf on the job.
For Takano, who aims for career development, and Yonaka, who looks for a new job, the ways to efficiently save time for themselves by loafing on the job are their "righteousness" and the cool lifestyle of current times!
So they will never "do anything risky" and just pretend to investigate, which is in fact a way to loaf on the job!...But on the contrary, every time they get involved into weird cases.
To not get caught or expose their idleness when there is a mistake, the two have to pull out all the stops in one way or another!! A man aiming for promotion and a man aiming to change his job, will the coolest duo in the Reiwa era realize their dreams!?


【Story of Episode 1】
Not interested in boring investigations, "ladder climbing detective" Shin Takano (played by Nobuyuki Suzuki), who aims to get promoted cost-effectively, and "street-smart detective" Watari Yonaka (played by Hayato Sano), who is secretly looking for a new job, with charm as his weapon are the best partners in terms of loafing on their job. After the investigation meeting regarding a certain case, the two set out to search for the criminal. It looks very cool, but in fact, they go to a coffee shop to kill their time. Then, the criminal appears in an unguarded moment...?! 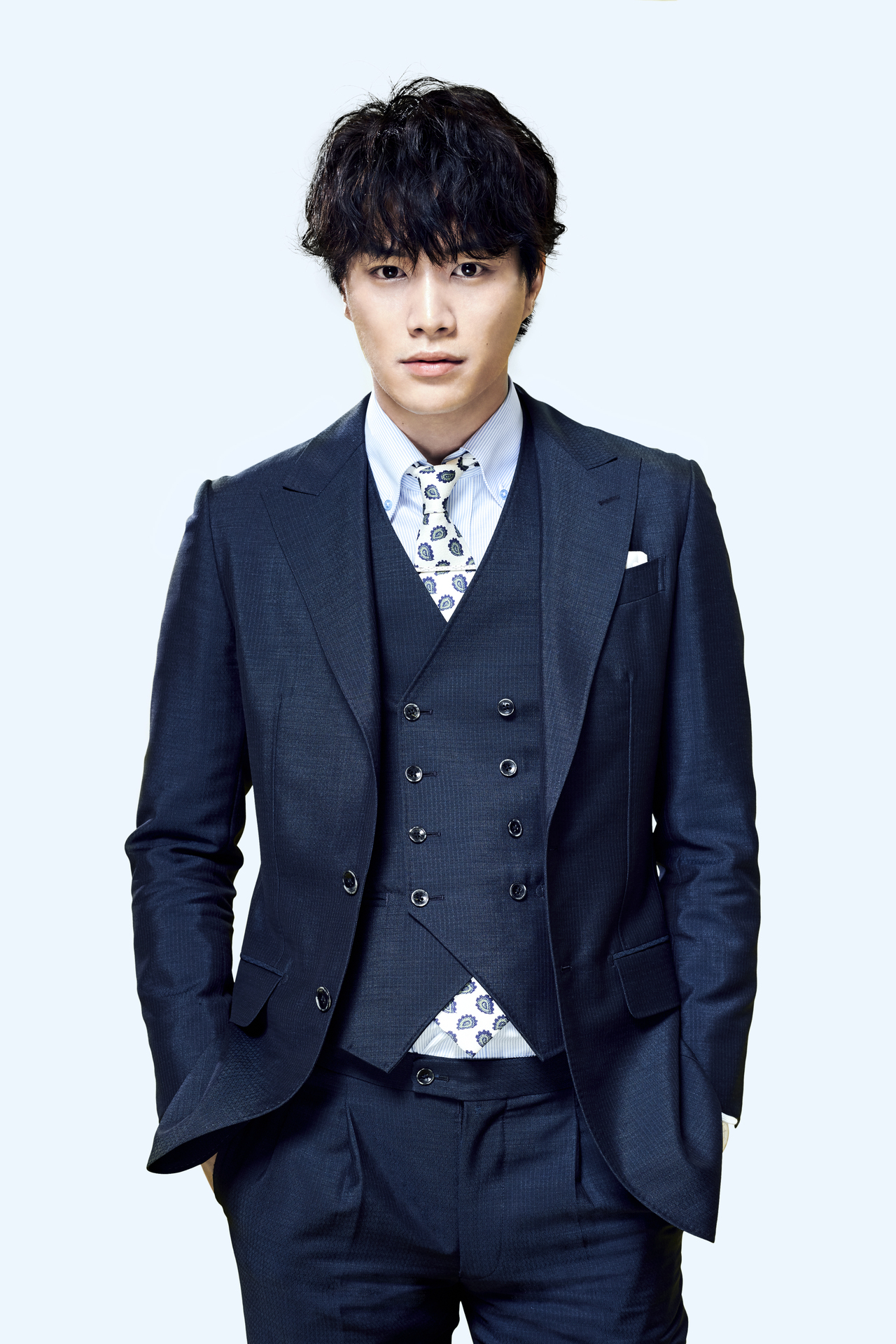 【Nobuyuki Suzuki's Comment】
When I first read the script, I found it interesting and finished reading in a short time. I was shocked and wondered "What is this book!?".
The atmosphere and the teamwork on the filming site were great. I enjoyed filming every day.
How to loaf on the job efficiently? How will I play a detective? You can find the answers in the drama!
This is my first time to star in a drama. Hope more people can enjoy it.

■Shin Takano
He is a detective who is too busy with promotional exams and station's business to investigate. Aiming for career development, he takes "high cost performance" as his daily routine.
With an angular face and intelligent speaking style, he seems to be a preeminent man but is actually not positive in investigation.
He looks sharp and is a smooth talker, so people normally can never notice that he does not even try to do his detective job.
He hates muddy sites and likes in-house work. So he tries his best to get promotion and spends his spare time studying for promotion exams and wooing executives as well as female colleagues. He tries to increase his points in the department.
The only shortcoming is he gets angry at people who do things with lowcost performance. But unexpectedly, this helps him in solving cases...?

■Director
Mitsunori Yokobori and others

■Scriptwriter
Mitsuhiko Fujiki and others